MUSIC CITY CENTER OFF TO STRONG START IN FY2017 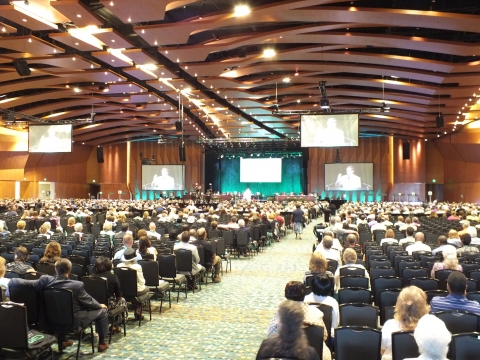 MUSIC CITY CENTER OFF TO STRONG START IN FY2017
FOR IMMEDIATE RELEASE
September 1, 2016

NASHVILLE, Tenn. – The Convention Center Authority announced this morning that the Music City Center has generated $44 million in direct economic impact for the city in the first month of fiscal year 2017.

“This summer has been nonstop for us. In June and July alone, we had over 175,000 people come through the building and almost 30 site visits from potential customers,” said Charles Starks, President/CEO of the Music City Center. “We continue to set aggressive sales goals and our customer base continues to grow without any signs of slowing. The current demand for Nashville is truly beyond what any of us could have imagined.”