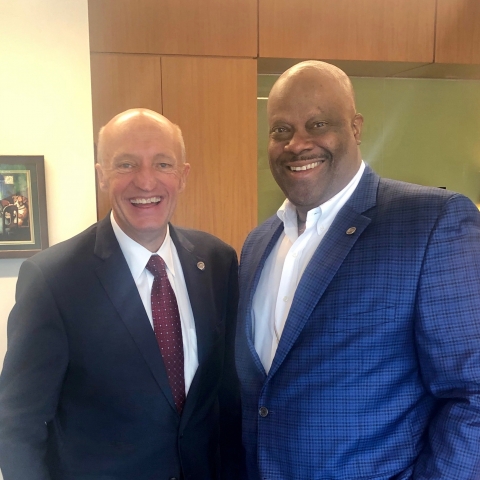 NASHVILLE, Tenn. – The Convention Center Authority voted unanimously this morning to provide the National Museum of African American Music (NMAAM) with a $6 million investment. This will include naming rights identifying that the Francis S. Guess Roots Theater is presented by Music City Center. This is a natural extension of MCC’s commitment to the museum as it honors the vision of Francis S. Guess.

Guess, a dedicated business leader and civil rights activist, was a trailblazer for MNAAM. He joined the CCA in 2011 and remained on the board until the time of his death in 2015.

“Francis S. Guess was a tireless advocate for the museum knowing it would be a monumental addition to Music City,” said Charles Starks, President/CEO of Music City Center. “As we invest in the National Museum of African American Music and therefore our city, we commemorate his vision and recognize music is a powerful connector of diverse groups.”

“MCC recognizes the strength of inclusivity and values the contributions of diverse business partners,” said Starks. “We celebrate another authentic Nashville experience that will attract the local community as well visitors and conventioneers from around the globe attending events at Music City Center.”